2020, we return as scheduled: there is always a power that will take us to go the distance.

Because of the impact of the epidemic, our dreams were delayed, and our plans to "going to the distance" were repeatedly delayed as well.

Everything is hard to come by.

Although the epidemic has slowed our pace, it cannot stop our yearning for a distant place.

Some people say that "returning on schedule" is the most beautiful idiom in the world. It is a hundred times better than being cheerful, colorful, and smooth sailing.

After 365 days, Qingxi Baomai brought that group of children again: In 2020, we still have to going the distance.

"Going The Distance" Study Trip Activity is a comprehensive curriculum practice activity independently developed and operated by Shanghai True Love Dream Charity Foundation to help children get out of school and explore the vast unknown world independently. It relies on the dream course "Going The Distance" to guide children through group cooperation to formulate travel plans, master basic travel skills, win travel qualifications by participating in the study travel plan competition, realizing the dream of “Going The Distance”. In the end, the True Love Dream Charity Foundation will bring dreams into reality through public welfare crowdfunding.

In the past seven years, the “Going The distance” research trip project has raised more than 5 million CNY donations and helped about 1,000 children from 171 student teams from 43 cities of 27 provinces in the motherland.

This corporate volunteer activity was initiated by volunteers from Qingxi Group Baomai Enterprise, and was jointly completed by various departments within the enterprise.

In the summer of last year, under the guidance of volunteers from various departments of Qingxi Baomai, the group of children from Yuncheng, Shanxi successfully completed a cordial study trip to the magic city “SHANGHAI”.

On August 17, 2020, this year is the closest time to “The Distance” for these children from Shangqiu, Henan.

In the morning, the children showed up at the World Financial Center on time. They visited the Qingxi Group Baomai Company on the 67th floor under the leadership of the staff.

In the company's meeting room, the children were full of anticipation and learned about the financial fun of listed companies. In this experience, the children were like sitting on a time machine and had a conversation with the future.

In the class, the children were attentive, listening to the class and taking notes. Their faces were full of curiosity about listed companies. They actively participated in the interaction after class and became interested in relevant knowledge.

Although the children are still young, this financial lecture on listed companies is enough to make them unforgettable for life. This is a collision of thoughts between the back wave and the front wave, and it has produced the brightest spark this summer.

Jiashan is located in the northeastern part of Zhejiang Province, at the intersection of Jiangsu, Zhejiang and Shanghai, in the center of the Yangtze River Delta.

At the same time, it is also the second stop of this year's charity event of Qingxi Group Baomai Company.

On August 18, under the leadership of the staff of Qingxi Group Baomai Company, the children came to Changsheng Sliding Bearing Co., Ltd., a listed company(Here after CSB Bearing) in Jiashan, Zhejiang, for offline learning and visits.

CSB Bearing, as a leading enterprise in domestic bearing manufacturing in China, its self-lubricating bearing series products with advanced technology that are exported to overseas markets as well. Its industry status and market recognition are obvious to all over the world.

CSB Bearing is also very responsible for the organization and participation of public welfare projects. In this "Go Far" charity event, the staff patiently explained to the children, so that the children can apply what they learned in class yesterday, and deeply appreciate the charm of listed companies.

The power of public welfare lies in education, and the essence of education is that one tree brings up another tree, and one cloud pushes another cloud.

When visiting CSB Bearing, CSB Bearing is the swaying tree, and the children are the pushed cloud.

During the visit, the children were full of respect. With the patience of the staff, the children may have known for a long time that what they see is the high-tech industry that supports the national strategy and national economy.

The so-called "A country without manufacturing is not strong", as the international situation is becoming more and more tense today, the children have experienced the charm of China's "manufactured boutique". Will this affect the children's future choices regarding ideals and where to go?

Everything can be expected on those surging waves.

This is the power to go the distance.

Time flies. The six-day study is about to come to an end.

Accompanied by the staff of Qingxi Group Baomai Company, the children learned a lot of knowledge that they could not see in the air-conditioned room or on the mobile phone.

From the children's Blog, we can see that in the hot summer, they are full of harvest, tired but happy. It is the thirst for dreams and knowledge, and the yearning for distant places.

The past is gone, the future can be expected.

An experience of going to a distant place not only means a broadening of horizons, but also a rebirth of consciousness.

There is always a power to take us going the distance.

If one time is not enough, then do it again. 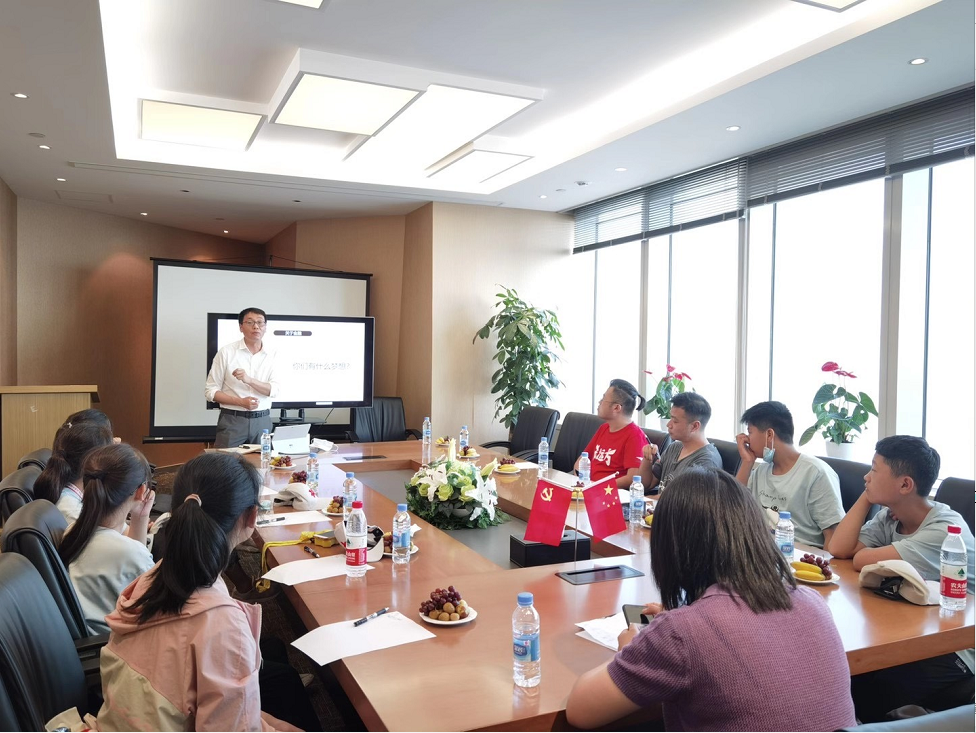 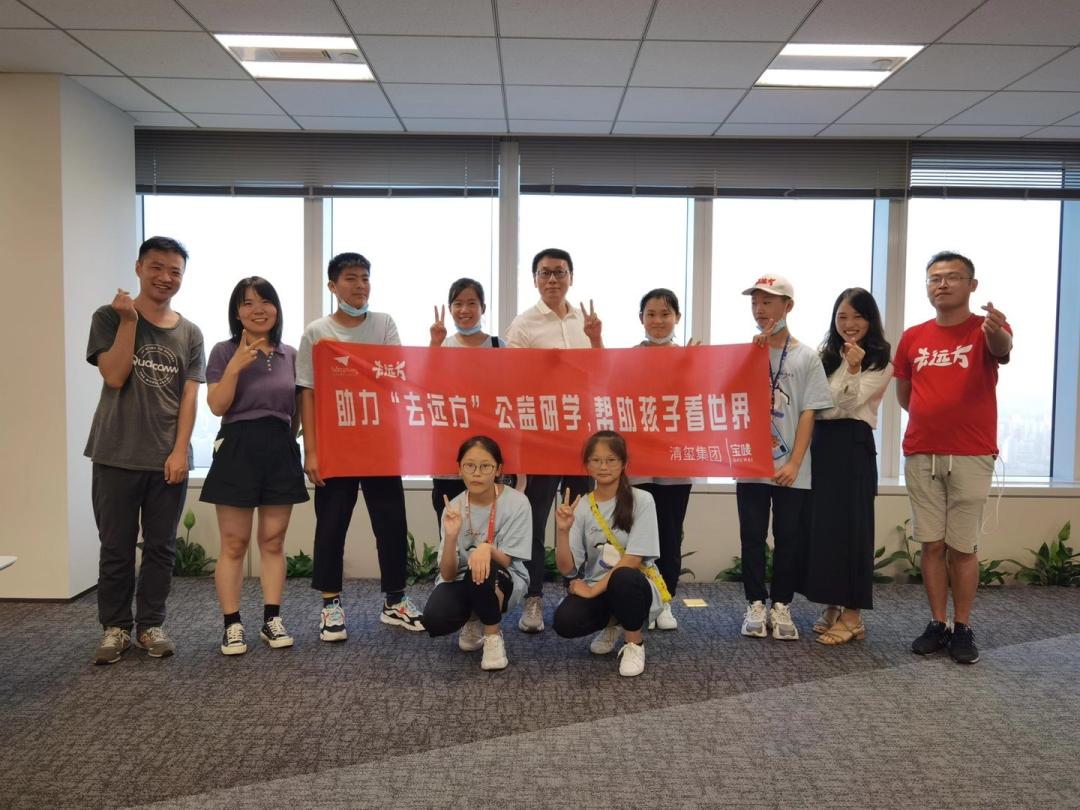 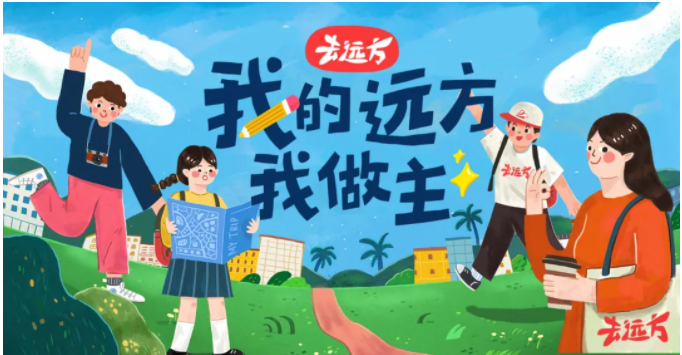